The Great Misfortune of Barb. – Due Diligence is a Must When Hiring a Moving Company In North Carolina. 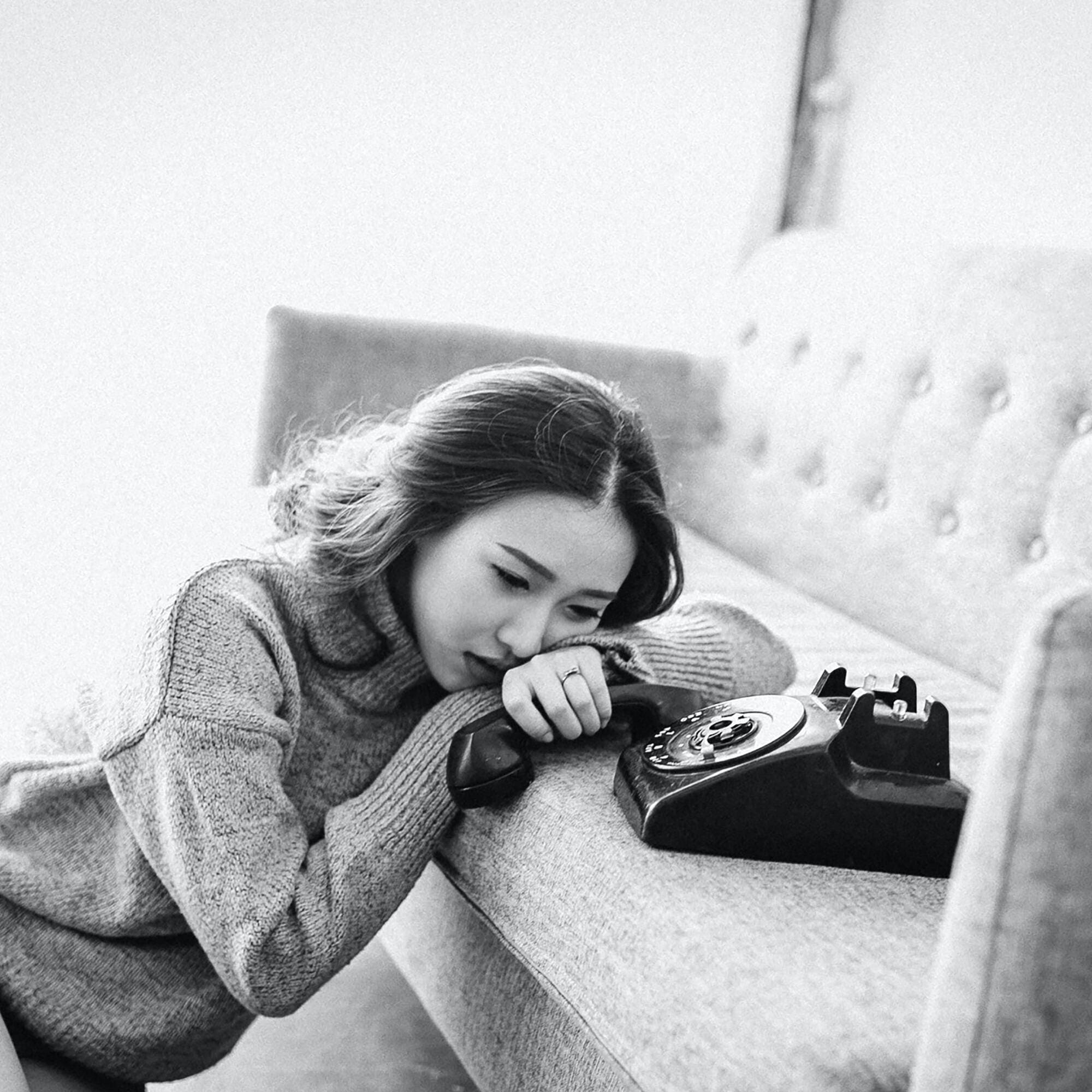 It is a crisp, beautiful fall morning in late September.  The birds, left behind by those who have already migrated south, are singing lively farewell songs as they plan to do the same.  Barb’s freshly brewed coffee is letting off a warm stream of tightly bound steam dancing with the smell of an aromatic dark roast.  Early morning sunlight bouncing off the swaying trees, as amber and yellow leaves fall to the ground.  This is her first morning getting to experience this new back porch at her forever home that she just moved into the day prior.  All is joyful, all is calm.  Nothing could possibly ruin this perfect day for Barb, or could it?

Well, it can, and it did. Barb is about to receive a phone call no one ever should.

Let’s rewind back to about a month ago.  Barb just put her home on the market and was ready to move on to her next adventure in life.  She decided to search online for local moving companies who could handle the headache and stresses of moving all her belongings.  She called the first three companies that popped up and arranges for each of them to come out and provide an estimate for her move.  The first two companies came in with very competitive estimates, while the third company came in way under the first two.  Being that much under budget for Barb, she may just have been able to buy that new patio set she wanted so badly for her new back porch.  No questions asked, she booked her dates with the low-bidding company.  Barb was so excited.  I mean, what an easy choice, right?

Fast forward to the big moving day.  The moving crew arrives with bright smiles and positive attitudes, ready to move the day itself with their solid aluminum two-wheel dollies.  And move they did!  They moved out of her old home quickly.  It only took 3 hours to load her up instead of the estimated 4, Barb’s new patio set was right around the corner!  The new home had a steep driveway, so the movers had to offload the truck from the street and run everything up the driveway.  She noticed that after only an hour of running furniture into the house, the movers were sweating profusely, so she ordered some pizza and told them to take a break and drink some cold water (which she provided as well).  The movers were very polite and thankful towards Barb.  After the break, they all got back to running furniture again.  With only half a truck left to offload, they could sense that the job was close to finishing.  With Barb at the front door, directing them to the proper rooms for each item they brought in, things couldn’t be going better.  Even though they were all exhausted, it was going well until, CRACK SCREAM THUD!  One of the movers slipped on the drops of sweat that had been puddling up on the wooden floors at the top of the second-floor stair landing.  Barb ran to the source of the painful-sounding groans to find the mover lying there on the floor, his left arm looked out of place and there was some blood on his forehead.  The crew leader came in to check out the commotion and once he saw his co-worker’s current state, he quickly went outside to call his office.  About twenty minutes later the owner of the moving company came out and dropped off another mover to take the injured mover’s spot and took the injured mover to the local hospital to get checked out.  Before he drove off, Barb asked if there’s anything she needed to do, and the owner said “No, you’re covered”, then drove off.  The crew finished what was left pretty quickly and after doing the final walkthrough to make sure all her beds were together, appliances hooked up, mirrors on dressers, and all their equipment and trash picked up, they totaled up her bill and left.  Even though she felt terrible for the mover who fell, the other movers seemed very happy, especially with the nice tip she gave each one of them.  She even sent a bigger tip back in an envelope for the injured mover.

Two weeks go by and Barb is starting to really feel at peace in her new forever home.  The walls are slowly being covered in memories from years prior.  All her favorite artwork is up in just the right places, TVs are mounted, and the internet is up and running great.  Every piece of furniture has settled into its perfect spot.  It’s been about a month now since she found the moving company, she ended up using and she couldn’t be any more satisfied…**phone rings** Barb answers and the voice of a youthful sounding man was on the other end, “Ma’am, are you the homeowner where the mover fell from the second floor?”  [barb] “Well, yes sir I am, is the mover, ok?”  [attorney] “Well, ma’am, he will be, but the nature of this call is to inform you that I will be filing a lawsuit against you on behalf of the mover to cover his hospital bills as well as time lost at work.”  Barb could feel a lump developing in her throat, “but, sir doesn’t the moving company he works for have worker’s comp?”  [attorney] “No ma’am, they had a policy that only covered the owner.  We need your insurance information in order to proceed.”

Barb’s heart sank into her stomach as she felt the walls closing in on her.  She was beyond frustrated with herself for not vetting the moving company properly and going with the lowest estimate.  Once the phone called ended, she felt as if her forever home had taken on a whole different tone, a somber tone.  She could lose everything because of this.

Don’t be like Barb, make sure to properly and thoroughly vet any moving companies you are considering using for your move.  Just because they may have the lowest estimate doesn’t mean they will be the best or have you covered if things go wrong.

Knowledge That Moves You! 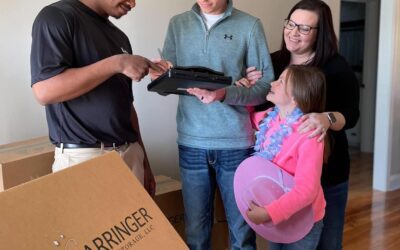 Things to Consider When Moving. Are you looking for a new house, having your job relocated, or needing a new area to live in?  If so, that means you will be moving.  You can always ask your friends and/or family to assist you with this transition, but it’s... 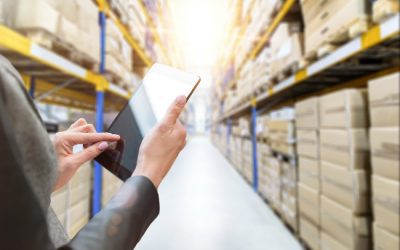 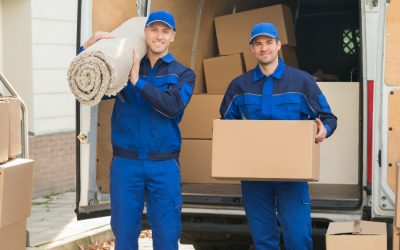 When purchasing a home, there are a lot of items that need to be taken care of – contracts, reviews, credit checks, researching, and all must be done to purchase your perfect living space. Once complete, you now encounter a new obstacle – moving. You never fully... 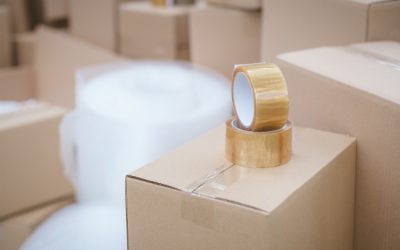 Keep Your Belongings Protected with Our Packing Services

After weeks, you’ve finally found the perfect house! Everything has been reviewed, paperwork has been signed, and now all you have to do is pack up your belongings and move in. Sounds simple enough, right? The problem is that most people don’t realize how much stuff...